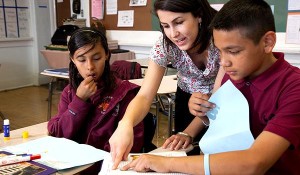 The observation made a strong and lasting impression:

2. Hypothesis of “What Could Be” As New Value:

Kopp connected knowledge she gained from the conference with existing pertinent knowledge (in particular, deep knowledge of her “customer” peers), with the result of the initial hypothesis for Teach for America: 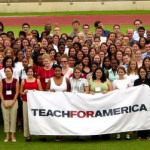 “Some would stay in education … Others would remain advocates for social change and education reform. They would become school board members. They would become mayors and state legislators, U.S. senators, and Supreme Court justices. And they would make better decisions because of their experiences teaching in public schools.” 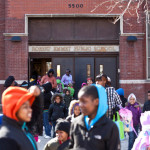 Upon imagining the possibility of Teach for America, Kopp made the idea the topic for her senior thesis, with focus on “how” hypotheses:

“I withdrew from the world – skipping whatever classes I could and talking to just about no one — in order to research the viability of a national teacher corps.”

Her thesis work included looking into “the teacher corps that had been run by the federal government in the 1960s” — in order to understand what had been tried before.

It also included an operations model and strategic plan, including estimated costs ($2.5 million for the first year). Overall:

Kopp’s work paid off when a business executive found her vision compelling and became an informal advisor, including advising her on how to obtain funding.

Did enthusiastic adoption by the customer segments of new college graduates and high-poverty schools catalyze the intended direct advance in cultural consciousness about educational opportunity and the ultimate advance in better futures for more low-income students?

i. 20+ Years of Recruitment Success

Teach for America’s extraordinary success in attracting college student applicants has been fundamental to its action-based message of commitment:

ii. Effectiveness in the K-12 Schools

Multiple evaluation studies have shown that TFA teachers, on average, have been at least as effective in classrooms as the schools’ regular certified teaching staffs. Many school districts have continued to hire corps members, though in some cities resistance (e.g., from teacher unions) has eliminated the partnership.

Effective teaching has been associated with corps members’ commitment. Reports indicate consistently that the work is very hard and the hours long if not extraordinary (and many observers would say unsustainable). The vast majority of corps members have completed their two-year commitment.

As Kopp imagined, a segment of TFA alumni have continued to work directly to influence educational opportunities for low-income students, as teachers, administrators, researchers and teacher educators, and more. For example:

Was there enough value in TFA’s offering of a truth force to catalyze societal change? To advance educational opportunity?

Limited change in the ultimate outcome of educational opportunity, from TFA and many separate efforts, speaks to the difficulty of this type of societal progress. At the same time, TFA has continued to inspire the force of purpose toward this end, among active corps members and alumni.

“How can I match my intrinsic talent with one of the world’s deep needs?” 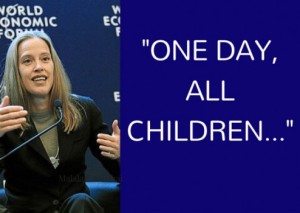