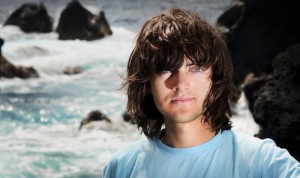 “It was the skill and passion of 100 volunteers that brought us from idea to feasible concept in a year.”

2. Hypothesis: “What Could Be as New Value”

“Why not use the enemy to our advantage?”

Channel of Distribution — For the Idea

Despite continued positive reinforcement from personal experimentation, including encouraging results with the prototype barriers, Slat described basically getting nowhere fast with putting the idea into action until a 2012 Netherlands TED Talk that he gave went viral.

Developing the Offering — One Key Task at a Time

As of 2013, Slat employed a basic business model’s set of “how” hypotheses for each of a series of tasks, beginning with founding The Ocean Cleanup and conducting a Feasibility Study.

Slat and his team of ~100 mainly volunteer experts went “somewhere” fast with the Feasibility Study.

They set out to disprove the status quo “expert” assumption that a cleanup of the infamous ‘Great Pacific Garbage Patch’ is impossible.

“It had always been assumed that cleaning the oceans was impossible, due to the vastness of the areas in which plastic is concentrated. Using vessels and nets to collect the plastic from one garbage patch would take about 79,000 years and tens of billions of dollars. Besides, such an operation would cause significant harm to sea life and generate huge amounts of CO2 and other emissions.”

In just over a year, Ocean Cleanup produced the following press release about results:

“June 3, 2014, New York – The Ocean Cleanup, founded by Dutchman Boyan Slat, has unveiled its feasibility report today, concluding that its concept is a viable method to clean the oceans from plastic. The report is the result of more than a year of extensive scientific research in engineering, oceanography, ecology, maritime law, finance and recycling. The feasibility study was financially supported by crowd funding and professional in kind contributions. The research was done by an international team of over 100 experts, predominantly on a voluntary basis. The next step, building and testing large-scale operational pilots, will be initiated as soon as sufficient funding has been raised.”

A new video was released too:

“How” hypotheses for the next large task completed were described at the organization’s web site: 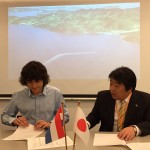 Positive results of the above Model Testing task put The Ocean Cleanup one large step closer within its “how it could become” model.

Focus shifted to the “how” of a Coastal Pilot:

Again, successful results make the answer seem easy. But again, the path to success was not easy. The work was fueled by the value of a compelling purpose and equally compelling picture of possibility — a “what could be” hypothesis grounded in pertinent knowledge.

Boyan Slat has been recognized as one of the 20 Most Promising Young Entrepreneurs Worldwide (Intel EYE50), and was crowned 2014 Champion of the Earth, the United Nations’ highest environmental accolade. In 2015, HM King Harald of Norway awarded Boyan the maritime industry’s Young Entrepreneur Award.

Fast Company: winner of our 2015 Innovation by Design award in the social good category.